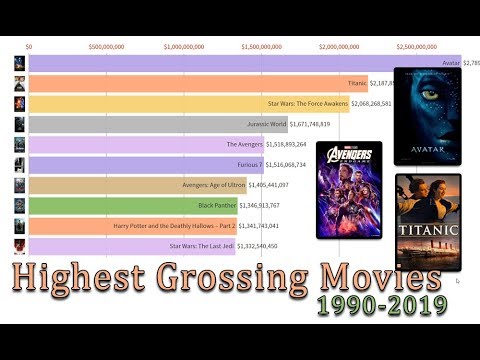 Celebrating Joseph’s birthday by finishing our humorous look at his church today. Like Mormonism itself, the following is a mix of fact, fiction, “speaking as a man” personal opinion, and creative liberties with the truth. And just like Mormonism, I don’t bother to tell you which is which.
Jan - April can be found here
May - Aug can be found here

A new school year begins with the Air Force ROTC program still housed at BYU, despite rumors it would relocate to UVU over BYU’s refusal to grant a non-Mormon officer an honor code exemption to engage in the controversial practice of drinking coffee. The officer pledged to abide by the honor code on BYU property and when representing BYU at official functions, but mistakenly assumed the BYU Taliban would allow him to consume coffee in the privacy of his own home. Addressing the controversy, BYU spokesperson Carri Jenkins stressed this was a safety issue as much as a moral one, reiterating the university’s concern that under the officer’s proposed compromise there was a very real possibility ROTC students could be exposed to potentially lethal doses of coffee breath.
TSCC files a Supreme Court amicus brief in support of a Colorado baker who refused to bake a wedding cake for a same-sex couple. When asked what possible standing the church had in a case involving a non-Mormon business in Colorado, Pres. Newsroom emphatically rejected the implied assumption that the church should limit itself to controlling the lives of its own members and the state of Utah.
TSCC buys the original Book of Mormon printer’s manuscript for $35 million, making the Book of Mormon the highest grossing fiction book of the year.
MormonLeaksTM and the McConkie family get into a legal spat over the release of the McConkie papers but the family backs down after the MormonLeaksTM attorney serves them with legal notice that MormonLeaksTM has trademarked the term "Bruce R. McDonkey".TM
In yet another blow to TBM hard-liners, BYU announces it will begin selling caffeinated Coke on campus. But when pressed for clarification on the new “caffeinated drinks on campus” policy, a flustered Carri Jenkins told the inquisitive ROTC officer to sit down, shut up, slap a smile on his face, and pretend the WoW somehow made sense, perhaps in a parallel universe.

General Conference kicks off October with both Monson and Hales taking PTO from their salaried positions when Hales -- expressing the sentiment felt by us all -- dies rather than be forced to watch the Sunday afternoon conference session.
At conference, eternal polygamist Oaks defends marriage as the exclusive union of a man and a woman, shares with members God’s sacred revelatory process — which apparently involves numerous committee meetings, a lengthy editing process, and consultation with legal counsel — and tells LGBT members to quit procrastinating and just be straight already because for the first time in its 180 year history the church is damn well determined to stick to a single doctrine. Meanwhile, in a rebuke to the white supremacy faction within the church, Ballard holds up Jane Manning James as an example of the early church’s progressive acceptance of black members and their divine role as eternal slaves forever. And Tad Callister — in a break from the typically dry conference talks we’ve come to expect — lightens the mood by taking the audience on a fanciful time-travel journey, going back 100 years to a more innocent time before critical analysis of the Book of Mormon was a thing.
Four weeks after conference, TSCC announces that the Priesthood session and Women’s conference will now alternate conferences and be held once each per year. Pres. Newsroom clarified the change was made in accordance with the church’s long-standing policy to make women feel included in church while simultaneously reducing their actual influence within the church, noting that whereas sessions dedicated to women previously accounted for 1/6 of all conference sessions, that would now be reduced to a more acceptable 1/10 of all sessions. Pres. Newsroom added that the most noticeable impact of the change would be an expected 50 percent reduction in talks given using “Primary voice”, after which the rest of his statement was drowned out by an enthusiastic standing ovation from the Salt Lake City religion beat press pool.
Pres. Newsroom announces the church will begin closing missions due to a 20% drop in missionaries serving. The words are scarcely out of his mouth before Larry Lawrence storms the podium, denounces the news as counterfeit, and in a scathing rebuke calls Pres. Newsroom to repentance for doubting Elder Holland’s prophesy of 100,000 missionaries serving in the field by 2019. Lawrence announces the church will instead be opening dozens of new missions, including the Northeast Draper mission, the City Creek mission, and the Lavell Edwards Stadium mission, a unique special-purpose mission which had already begun desperately issuing calls to Mormon young men of a specific physique.

TSCC seeks to up its internet cred by engaging in its first-ever trolling attempt when it trolls MormonLeaksTM by itself leaking the top secret Handbook 1 of the Church Handbook of Instructions. While many initially assumed the leak was accidental, Pres. Newsroom left no room for doubt when he announced the church had also trademarked the term "Ryan McBite Me.”TM
A steady stream of politicians, movie stars, businessmen, athletes and celebrities are accused of abusing positions of power to engage in widespread sexual abuse, including a political candidate accused of engaging in sexual contact with a 14 year old girl while he was in his thirties. Commenting on the scandal, Pres. Newsroom noted with a touch of pride in his voice that the church was 180 years ahead of the trend rather than its customary 100 years behind.
At a youth Face2Face, Ballard astonishingly claims the church has always been fully transparent about its history. To prove the point, Ballard pointed to an obscure footnote buried in a densely-worded 1968 Hugh Nibley article which vaguely referenced "different wording" used to describe the first vision. The article, published in a Greek language membership-only professional journal with a peak circulation of 583, is not available in reprints or digital format and the professional organization which published it has lamentably ceased to exist. Nevertheless, your TBM brother-in-law still texted you to say "PROOF the church HASN'T HIDDEN ANYTHING!!!! Now QUIT your anti b.s. cuz i'm SICK OF IT!!!!!!"
MormonLeaksTM releases internal BYU admissions documents, including a scoring system that awards applicants more points for being male than for completing a full year of seminary. In other words, a girl faithfully participating in 180 hours of Mormon religious instruction is still worth less to BYU than some dude showing up with a penis.

The First Presidency Christmas devotional takes an unusual turn when Elder Holland begins to regale children with the true story of how he flew with Santa one Christmas Eve to deliver gifts to children who believed in Jesus and whose parents were not gay. With conviction on his face, Holland emphatically pounded the pulpit, defying anyone to deny the miracles he had witnessed that night. Shockingly, a haggard-looking Larry Lawrence emerged from stage right, shoved Holland aside, and angrily denounced Santa Claus as a counterfeit god who leads children away from worshiping Jesus, the one true God of Christmas. Lawrence pounded the pulpit and condemned to Hell any child who so much as hung a stocking by the chimney with care. A visibly upset Holland elbowed Lawrence aside, called him a taffy swallower, and with tears in his eyes began to bear testimony of the truthfulness of his story when the mic was cut, Church security appeared, tasered them both, and wrestled them off the stage. Thick tension hung in the Conference Center until Uchtdorf took the podium, cracked an aviation joke, and smiled broadly at the audience for a good five minutes. Then all was quickly forgotten and everything was right again in the world.
9,000 people sign u/Invisibles_Cubit's petition calling for an end to LDS bishops questioning teens about masturbation and other sexual behavior in private, closed-door interviews. But this total is quickly dwarfed when a counter-petition is signed by all 30,000 bishops in the church. "Serving as bishop is a time-demanding volunteer calling with heavy responsibilities and no compensation," the counter-petition reads. "It is therefore extremely unfair to revoke one of the few perks of the position."
A week before Christmas u/NewNameNoah gives the world the gift of spiritual enlightenment when he posts the temple endowment video on YouTube. Despite God’s blockbuster movie clearly spelling out the need for signs and tokens, TBMs remain mystified the market for signs and tokens hasn’t Bitcoined through the roof. Meanwhile, as a result of the video going public, TSCC unexpectedly finds itself the subject of a plagiarism lawsuit brought by film producers who claim four older men surrounding a naive naked woman in a garden is simply too similar to their "Outdoor Teen Virgin Bukkake" video to be coincidental.
In what is sure to retroactively be classified as a “revelation", TSCC changes its temple policy to give young men the opportunity to bring salvation to souls in the afterlife by witnessing and performing baptisms for the dead and the opportunity for young women to pass out towels to their peers. Stunned observers immediately decried the disparity in service assignments available to young men and young women, but ironically, passing out towels to wet, shivering youth is the only actual act of service performed in a temple.
In a heartwarming Christmas message, Pres. Monson wishes members a Merry Christmas and reflects with gratitude on his many blessings this holiday season, chief among them that the rampant rumors of his death on exmormon were as accurate as the average FairMormon article.
And as 2017 draws to a close, let us gather our loved ones together as we contemplate what truly matters this holiday season; namely, that MormonLeaksTM has trademarked the term “Complete Genital Involvement.”TM
Happy new year, exmos.

Welcome! Log into your account. your username. your password The Admiral: Roaring Currents (South Korean) . Original Title: Myeongnyang Year: 2014. Box-Office Earnings: $135.9 million. This South Korean historical war film set in the 16 th Century Battle of Myeongnyang, traces the journey of a Korean naval commander, Yi Sun-sin. A movie that surpasses the record of Avatar in Korea (of being the most watched film of all time!), holds the record of 10 ... 'Black Panther' breaks into the all-time top 20 at the U.S. box office ... ($412.6 million) and Toy Story 3 ($415 million) to take the no. 20 spot on the list of the U.S.' highest-grossing films, Variety reported Wednesday. In addition to that impressive domestic showing, Black Panther has made an additional $326.3 million overseas, bringing the worldwide total so far to $748.1 million. SEE ... BITCOIN CANNABIS ... We checked in with the folks at motion picture industry site BoxOfficeMojo and found the 25 highest-grossing fall movies of all time. While only one of them cracks the all ... Picks Video Long Reads Tech Politics new Bitcoin Science Photos Design Digg Features more... Daily Edition; Sign In; CONSOLE YOURSELF . The Most Successful Video Game Franchises Of All Time By Revenue, Visualized Digg Mar 24, 2020 @13:06 PM · Updated: Mar 24, 2020 @13:30 PM. The global video game industry makes bank — grossing an estimated $152 billion in 2019. And just like Hollywood, the ...