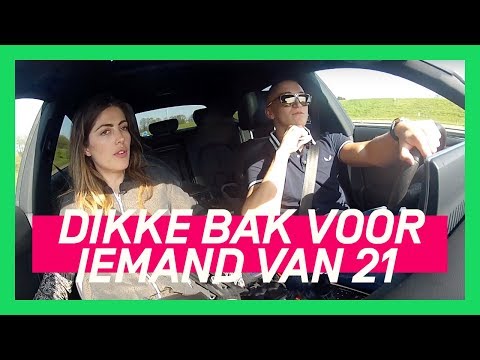 Hello,
This post is to give you a quick introduction into Bitcoin security. While nobody can guarantee you 100% security, I hope to mitigate some problems you can run into. This is the “20% of effort to get you to 80% safe”.
First of all, you have to determine how much money you want to hold in Bitcoin and how much effort are you willing to put in. If you are happy just holding a few dollars worth and don’t care if you lose them, that’s one approach to take. For everyone else, lets get started.
 Password strength
A lot of the times how secure your money is will be determined by the strength of your password. Since in the worst case scenario we are talking about someone trying to brute force your wallet, casual online passwords are too weak. Under 10 characters is too weak. Common words and phrases are too weak. Adding one number to a password at the end is too weak.
Moreover, you can consider your password much weaker if you:
If you want a really strong password:
 Wallet security
Now we are getting to the meat of things.
There are a number of wallets available to store your hard earned bitcoins. If you have a decent amount of coins to store, you should look into software wallets - BitcoinQT, MultiBit, Armory or Electrum. They are among the best place to store your money safely (provided your computer is secure as well). Chose one you think best suits you, install it and encrypt your wallet file with your strong password. You should take your wallet file and back it up (location of the file is different for different clients, so you have to do some research as to where to find that file). Back it up on a CD, safe USB drive or the like. Keep them safe. If you lose that file, you will lose your money.
A quick word on deterministic wallets. Electrum and Armory allow you to create wallets from a seed. If you use the same seed later, you can recreate your wallet on other machines. With deterministic wallets, you only need to keep that seed secure to have access to your money.
In comparison, in BitcoinQT's traditional wallet, every address you use is random, meaning that after you send 50-100 outgoing transactions your backups can be obsolete. Always keep an up-to-date backup of such wallet file if possible.
Okay, sometimes you need to have your Bitcoins with you when you leave your computer. In this case, you should look into either online or mobile wallets. A staple for both of those is Blockchain.info, but there are others to chose from.
A good rule of thumb with these is to not store more money in them than you can afford to lose. They are best used as a convenient way of accessing some money, not storing your savings. Online wallets are especially vulnerable to their servers getting hacked and people’s money getting stolen.
What to keep in mind while using online wallets:
 Cold storage
Sometimes you want to store your bitcoins for a long time in a safe place. This is called “cold storage”. There are a few ways one can do this.
First of all, paper wallets. They are nice for giving people small bitcoin gifts, but also for long-term storage if properly used. What you want to do is generate and print them offline. You can save the linked page for example and run that offline. If you are really paranoid, you can put it on read-only media and access that from a different computer. For really long term storage, use archival-grade paper.
Another approach to take is using a separate computer for storing your money that is offline 99+% of the time. You could set one up easily by buying an old laptop, reformatting it, installing Linux and a Bitcoin client. Generate an address on that machine and send money to it from your main wallet. Depending on how paranoid you are you can connect that computer to the Internet afterwards to synchronize data with the Bitcoin Network and then turn it off and put it away somewhere safe until it’s needed.
 Brain wallets
Don’t. They are not for you. Unless you are a security-conscientious programmer, those are not for you.
 Diversifying
Keeping all of your eggs in one basket is never a good thing. You should look into diversifying some of your Bitcoin assets in case your other storage methods fail. Some ways you can diversify:
How not to diversify:
 Accepting payments and safety
We’ve covered safe ways to store money, now a quick note about bitcoin payments and their safety.
First of all, when you are sending a transaction, pay your fees. Transactions without fees can take forever to propagate, confirm and clear. This can cause you a lot of stress, so pay your fees.
Secondly, when accepting large Bitcoin payments (say you want to suddenly cash in a gold bar into bitcoins), wait for at the very least 1 confirmation on those transactions. 6 is best, but having even 1 confirmations is a lot better than having none. This is mainly a rule of thumb for the paranoid (I wouldn’t be doing this for most casual transaction), but maybe it will save you if you are dealing with some shady people.
 Wrapping up...
That should cover the basics. If you want to read more about Bitcoin’s security in general, here is my master thesis on the subject. A lot of questions about Bitcoin and security have also been answered on Bitcoin StackExchange - be sure to check it out.
Comments and improvement suggestions welcome.
 EDITS: